Dakar, SENEGAL — You can learn everything you need to know about the main challenges facing Africa today by talking to just two people in Senegal: the rapper and the weatherman. They’ve never met, but I could imagine them doing an amazing duet one day — words and weather predictions — on the future of Africa.

The rapper, Babacar Niang, known simply as Matador, the 40-year-old voice of the voiceless and one of the pioneers of African rap, emerged from the oft-flooded Thiaroye slum of Dakar to become the godfather of the underground hip-hop scene here. I attended his concert at a cultural center a few nights ago. I confess it was my first hip-hop concert and it took a little getting used to. The guy behind me had a big can of bug repellent that he would spray and light the plume, creating a makeshift flamethrower, which he used to express his approval of key lyrics — and heat up the back of my neck.

But it never distracted from the hypnotic beat of Matador’s rap, which appeals to young Senegalese not to join the migration to Europe — now driven by a toxic brew of government failures, overpopulation and extreme floods and droughts — but to stay home and build their country. 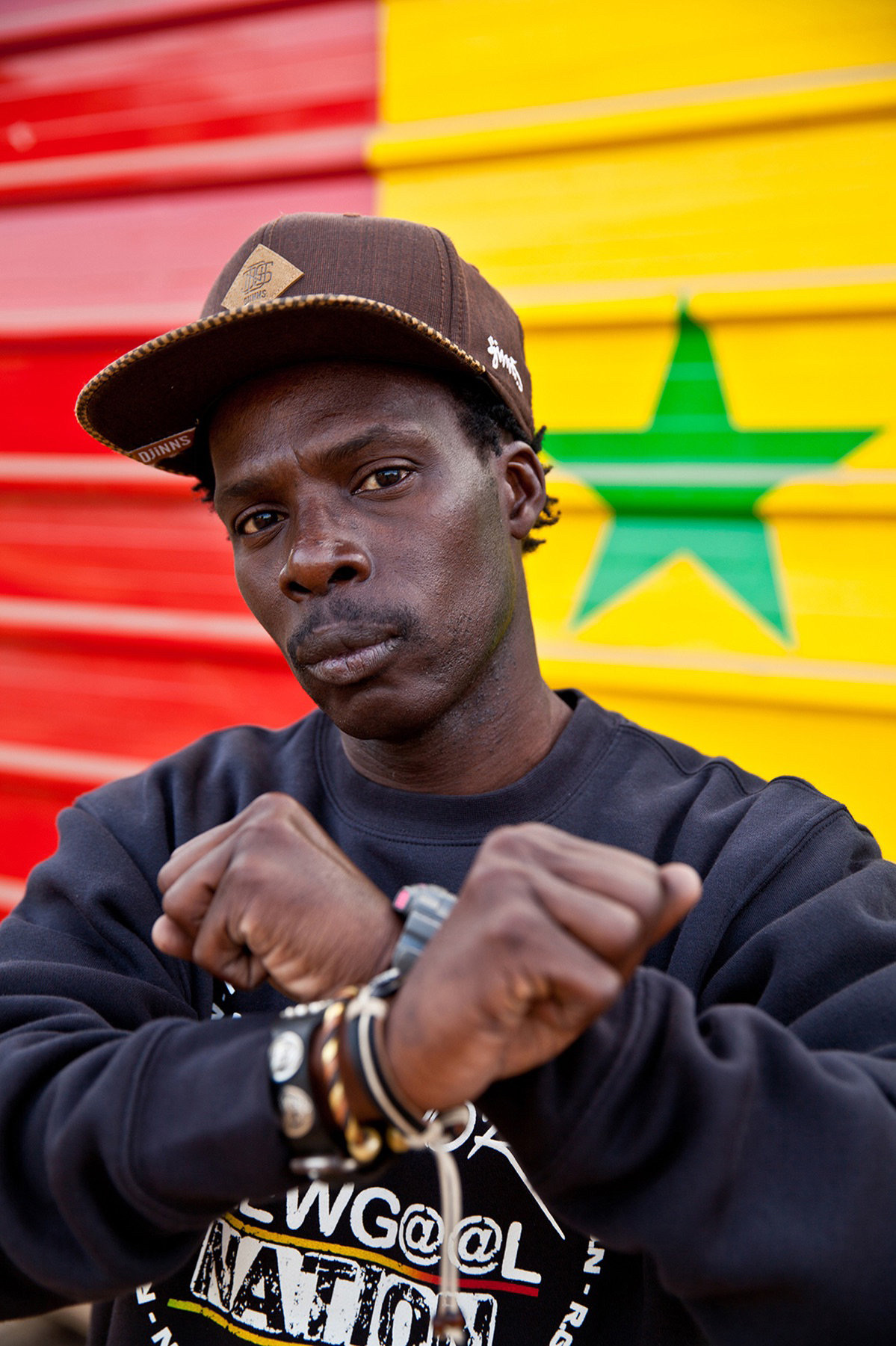 The weatherman is Ousmane Ndiaye, head of the climate unit for the National Civil Aviation and Meteorology Agency. He trained at Columbia in climate science. His stage is a drab office at Dakar Airport. His voice is a monotone. His audience of one was me. His flamethrower is his graphs, displaying the recent extreme weather patterns and the oscillating beat of parched and drenched soils from which Matador and his followers emerged.

I met them both while filming a documentary, “Years of Living Dangerously,” on climate change that is to air in the fall on National Geographic Television.

Matador showed me the Thiaroye slum, where he grew up and began rapping with his pals. Starting with the droughts of the 1970s, many rural migrants moved to Dakar for work, and many settled in the only open space: marshland dried up by the drought. But around 2000 the rains returned, often torrential, and Thiaroye became uninhabitable — but fully inhabited. Today it’s one of those grim intersections where climate, migration, population and the lack of urban planning all meet. The home where Matador got his start is literally engulfed by giant weeds. Putrid sewage and standing water abound. But people are living anywhere there are four walls and a dry enough floor. He notes that Senegal’s government recently spent millions on a new sports stadium but has no money to properly drain his old neighborhood. One of his biggest hits — rapped in Wolof, the local language — is a homage to this place. It’s called “Catastrophe,” and here’s some of it:

Clouds piling up from the north announce the rain to come.
People’s faces read worry first, then fear
With the first rains come the first wave of departures
Those who prayed for rain sure got their prayers answered
Long gone are the days where we would beg the spirits for water
Today the rain is falling and it won’t stop
The stagnant waters keep piling up
And soon the floods will sweep away our homes
The torrent chases us out to reclaim its bed
You can try to keep nature out, it will always return
After the drought, now we face the rain.
Wading in the mud, day in, day out
Using the flood as a pretext, some empty their septic tanks at night
As the tanks overflow, it’s neighbor against neighbor
Puddles become streams and rivers in which crocodiles and snakes swim
At night, the hum of mosquitoes and frogs turns into a racket
A drowned newborn is pulled from the muddy flow
Then malaria and cholera finish off the survivors
If there was aid money on its way, we never saw it

Standing next to a broken drainage pipe, Matador says to me: “It pains me because the people, they’re forced to leave. To build Senegal we need those young people. But how can we keep them here in these conditions?” No wonder Matador has a popular rap lyric, which plays on an alliteration, that describes the choice for too many of his generation: “Barça or Barsak” — either catch a boat to Barcelona or to the beyond — i.e., die. 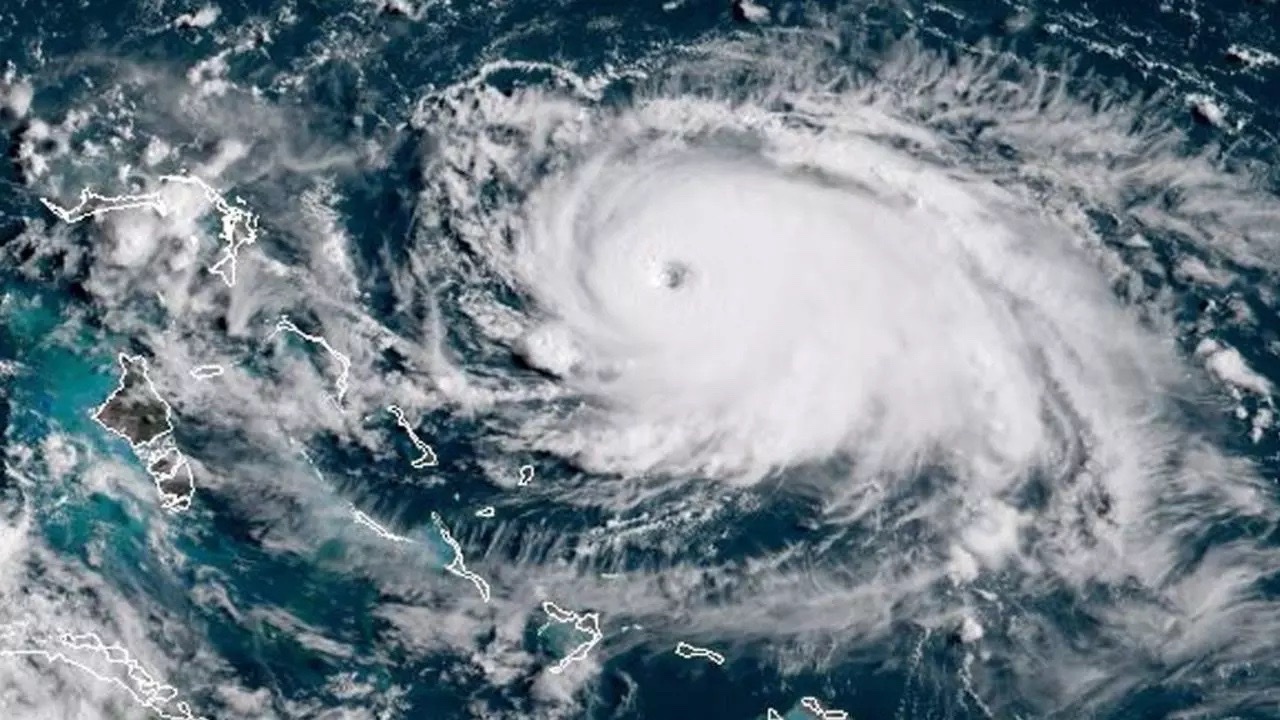 Out at the airport, Ndiaye, the climate expert, click, click, clicks through his climate graphs for me on his Dell desktop, providing his own backup beat to Matador’s rap.

Click. The U.N. Intergovernmental Panel on Climate Change “in 2010 gave four scenarios for Senegal, and the worst was unbelievable — and now,” he says, “the observation says we’re following that path even faster than we imagined, and it leads to four degrees Celsius rise in average temperature by 2100. People are still doubting climate change, and we are living it.” Click.

Matador’s most famous rap song is called “Tukki,” which means “trip.” It’s a migrant’s lament — the story of life as a tumbleweed. Africans have a long history of migration, but mostly within Africa and their own countries.

But the land and the climate cannot sustain enough of them anymore. And they don’t want a benefit concert in Central Park or Hyde Park. They want what they see on their cellphones — Europe, which involves a trek across the desert and a boat across the sea. But who can blame them?

Matador is torn between understanding his generation’s need to find work and money to send home and his gut instinct that it is better to be poor in one’s home than a stranger in a strange land — so stay and build Senegal. Some of the “Tukki” verses are:

Go to France to Belgium to Italy
To Spain to Switzerland to go to Denmark to the Netherlands
One must go to Germany
Norway Sweden China Japan Portugal go to Brazil
Mexico and Great Britain
All these places are great to earn a living
All work is noble all means are good to survive
Master the system and assert yourself
Play hide-and-seek with the police
In the blistering cold, one fights how one can …
Eating the leftovers from restaurants
You cannot return and you don’t know when you’ll get back
Illegal and undocumented who makes you think you’ll go back to your country
Everyone for himself and God for us all
Headphones screwed on your head ears blocked
A stare that reminds you that no one wants you here …
Ready to leave for better tomorrows and without hope
One ends up discouraged
A lot of money for a distant tomb
You won’t even end up in a cemetery
Setting sail or passing through the desert
Our scarce savings for a visa
Face the borders …
Calls from the home country multiply
Everyone has a request not a moment’s rest
When will you sign up for your return? When will you send the money? The weatherman can’t rap as well, but he sure can annotate the lyrics. “The only hope is that humankind will see we are one body,” says Ndiaye, “because if it goes, the other way and everyone is for themselves — and builds a wall — this will be really, really crazy. People will just get out of here.”

When human beings are under stress, he adds, “they will do anything to survive. You live here and you see on TV people having a good life, and democracy [in Europe], and here you are in poor life, people have to do something — people now are taking any kind of boat to get to Europe. And even if they see people dying, they are still going. They don’t have the tools to survive here. The human being is just a more intelligent animal, and if [he or she] is pushed to the extreme, the animal instinct will come out to survive. Everyone wants a better life.”

Thomas L. Friedman is an internationally renowned author, reporter, and columnist. He is the recipient of three Pulitzer Prizes – two for international reporting from the Middle East and a third for his columns written about 9/11. He is the author of seven New York Times bestsellers — From Beirut to Jerusalem, The Lexus and the Olive Tree, Longitudes and Attitudes, The World Is Flat, Hot Flat and Crowded, That Used To Be Us (with Michael Mandelbaum) and, most recently, Thank You For Being Late. Out of Africa is a trilogy of Thomas Freidman’s travels across the African Sahel to examine climate change as a potential driver of Europe’s migration crisis. In Part III, Freidman continues to share his observations and experience in Dakar, Senegal.