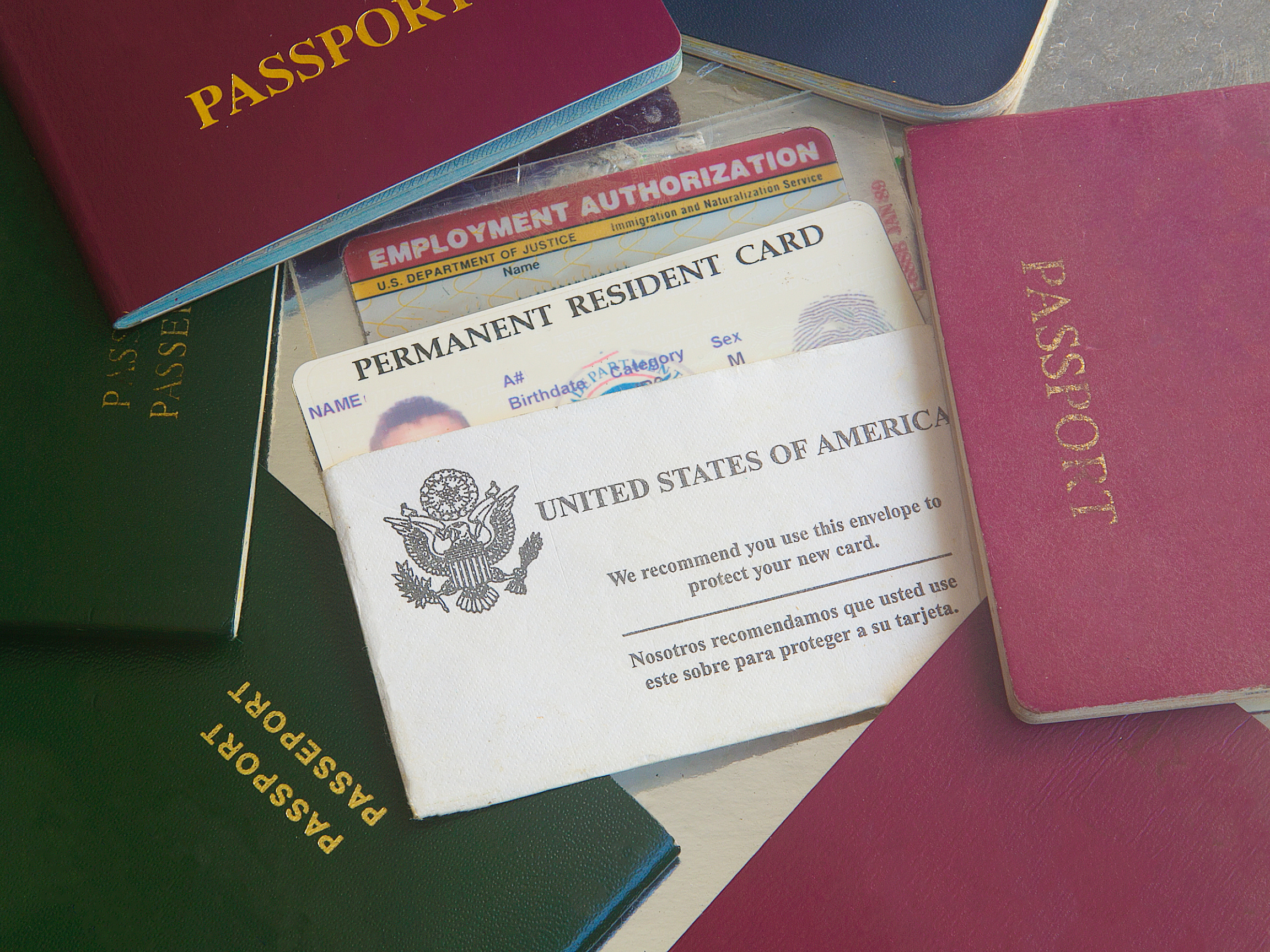 Since President Joe Biden took office in January 2021, his administration has acted on a number of fronts to reverse Trump-era restrictions on immigration to the United States. The steps include plans to boost refugee admissions, preserving deportation relief for unauthorized immigrants who came to the U.S. as children and not enforcing the “public charge” rule that denies green cards to immigrants who might use public benefits like Medicaid.

Biden has also lifted restrictions established early in the coronavirus pandemic that drastically reduced the number of visas issued to immigrants. The number of people who received a green card declined from about 240,000 in the second quarter of the 2020 fiscal year (January to March) to about 79,000 in the third quarter (April to June). By comparison, in the third quarter of fiscal 2019, nearly 266,000 people received a green card.

Overall, more than 35 million lawful immigrants live in the U.S.; most are American citizens. Many live and work in the country after being granted lawful permanent residence, while others receive temporary visas available to students and workers. In addition, roughly 1 million unauthorized immigrants have temporary permission to live and work in the U.S. through the Deferred Action for Childhood Arrivals and Temporary Protected Status programs.

Here are key details about existing U.S. immigration programs, as well as Biden’s proposed changes to them:

In fiscal 2019, nearly 710,000 people received lawful permanent residence in the U.S. through family sponsorship. The program allows someone to receive a green card if they already have a spouse, child, sibling or parent living in the country with U.S. citizenship or, in some cases, a green card. Immigrants from countries with large numbers of applicants often wait for years to receive a green card because a single country can account for no more than 7% of all green cards issued annually.

Today, family-based immigration – referred to by some as “chain migration” – is the most common way people gain green cards, in recent years accounting for about two-thirds of the more than 1 million people who receive green cards annually.

The U.S. admitted only 11,411 refugees in fiscal year 2021, the lowest number since Congress passed the 1980 Refugee Act for those fleeing persecution in their home countries. The low number of admissions came even after the Biden administration raised the maximum number of refugees the nation could admit to 62,500 in fiscal 2021. Biden has increased the refugee cap to 125,000 for fiscal 2022, which started on Oct. 1, 2021.

The low number of admissions in recent years is due in part to the ongoing pandemic. The U.S. admitted only about 12,000 refugees in fiscal 2020 after the country suspended admissions during the coronavirus outbreak.

In fiscal 2019, the U.S. government awarded more than 139,000 employment-based green cards to foreign workers and their families. The Biden administration’s proposed legislation could boost the number of employment-based green cards, which are capped at about 140,000 per year. These measures could help clear the large backlog of applicants. The proposed legislation also would eliminate the per-country cap that prevents immigrants from any single country to account for more than 7% of green cards issued each year.

Each year, about 50,000 people receive green cards through the U.S. diversity visa program, also known as the visa lottery. Since the program began in 1995, more than 1 million immigrants have received green cards through the lottery, which seeks to diversify the U.S. immigrant population by granting visas to underrepresented nations. Citizens of countries with the most legal immigrant arrivals in recent years – such as Mexico, Canada, China and India – are not eligible to apply.

In fiscal 2019, more than 188,000 high-skilled foreign workers received H-1B visas. H-1B visas accounted for 22% of all temporary visas for employment issued in 2019. This trailed only the H-2A visa for agricultural workers, which accounted for nearly a quarter (24%) of temporary visas. In all, nearly 2 million H-1B visas were issued from fiscal years 2007 to 2019.

A relatively small number of unauthorized immigrants who came to the U.S. under unusual circumstances have received temporary legal permission to stay in the country. One key distinction for this group of immigrants is that, despite having received permission to live in the U.S., most don’t have a path to gain lawful permanent residence. The following two programs are examples of this:

About 636,000 unauthorized immigrants had temporary work permits and protection from deportation through the Deferred Action for Childhood Arrivals program, or DACA, as of Dec. 31, 2020. One of Biden’s first actions as president was to direct the federal government to take steps to preserve the program, which Trump had tried to end before the Supreme Court allowed it to remain in place. DACA recipients, sometimes called “Dreamers,” would be among the undocumented immigrants to have a path to U.S. citizenship under Biden’s immigration bill.

Overall, it is estimated that more than 700,000 immigrants from 12 countries currently have or are eligible for a reprieve from deportation under Temporary Protected Status, or TPS, a federal program that gives time-limited permission for some immigrants from certain countries to work and live in the U.S. The program covers those who fled designated nations because of war, hurricanes, earthquakes or other extraordinary conditions that could make it dangerous for them to live there.